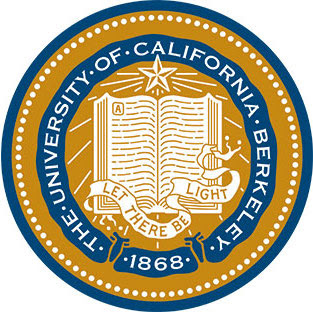 Made possible by the miracle of the internet, a movement is now well underway among some of the greatest universities in the world to make their courses freely available to anyone with an internet connection – not for profit, but simply to disseminate knowledge for the betterment humankind. (See earlier post on the "OpenCourseWare Movement" titled: M.I.T. for Free.)

Today, those interested in learning informally and independently from some of the best colleges and professors on the planet can essentially audit many courses at institutions like M.I.T. and U.C. Berkeley online. Whether done in one's spare time for the pure pleasure of learning, or in a more structured way to gain greater expertise in a particular academic area, the potential for personal and professional growth is tremendous. Whether an advanced high schooler in Larkspur, California, a budding computer genius in Helsinki, Finland or a poor villager in Kuala Lampur, Malaysia, the collective knowledge of mankind is now beginning to be offered online without cost or registration, worldwide, for the benefit of all concerned.

Additionally, by taking these online peeks under the hood at the engines that power famous universities in the U.S. and abroad, one begins to get a feel for what it may be like to attend this or that college, to take a course with this or that professor, a valuable plus for anyone soon to make critical decisions about which university, major, or professors to select.

Below is a short sample of U.C. Berkeley courses that anyone can audit, for any reason, for free, online:

I spent an hour late this morning peeking into a terrific U.C. Berkeley class given by renowned professor Michael N. Nagler, as he delivered an enthralling lecture about the successful efforts of the 1930's Pashtuns, who, lead by Abdul Ghaffar Khan in what is now Pakistan, manned the "army without guns" that nonviolently fought and finally helped defeat the British colonizers and win their people's freedom.

I learned that Ghaffar Khan, an ardent Muslim and follower of comrade and contemporary Mohatma Ghandi, was a strong believer in the absolute compatibility of Islam with the tactics and philosophy of nonviolence, a belief that carries with it critical importance and special relevance today:

"I am going to give you such a weapon that the police and the army will not be able to stand against it. It is the weapon of the Prophet, but you are not aware of it. That weapon is patience and righteousness. No power on earth can stand against it."

I find it hard to describe what a thrill it was to listen to Professor Nagler, a remarkable instructor and world-class expert in this particular field, teach on the power of nonviolence as a political and cultural force ... to be able to sit in on this fascinating class.

From the course description:

"The most interesting and important topics in physics, stressing conceptual understanding rather than math, with applications to current events."

In this lecture, Prof Muller talks about escape velocity, and other topics germane to the space program, etc.

Copyright © 2006-present: Christopher R. Borland. All rights reserved.
Posted by Chris Borland at 12:00 PM No comments: Links to this post